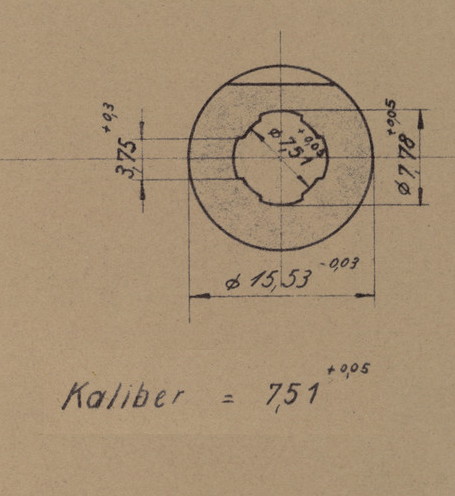 What is the best scope mount for the chassis?

Short answer: it depends on the scope.

The long answer is at the “Scope + mount, how to choose” page.

What precision can be expected from a K31?

Although many K31 barrels are potentially capable to do better than that, the numbers correspond to a shooting bench, without a real shooter behind the rifle. This being said, with a good optical scope (to minimise aiming errors) and a good ergonomics chassis (to minimise shooter errors / “flyer” shots), it is entirely possible to approach these theoretical limits.

In practice, a good shooter behind a well-equipped carbine, keeping a slow rate of fire (not more than 1 shot per minute, in order not to overheat the barrel), at 300 m can expect 10-shot series of 96 to 98 out of 100 on a FST A10 target. At systematic 98 points or better, one can consider the barrel to be very, very good.